Stanford will be one of three Bay Area universities – along with the University of California, San Francisco and the University of California, Berkeley – to participate in a new bioscience collaboration funded through a $600 million commitment by the Chan Zuckerberg Initiative. The Initiative is a non-profit founded by Facebook CEO Mark Zuckerberg and his wife Priscilla Chan. 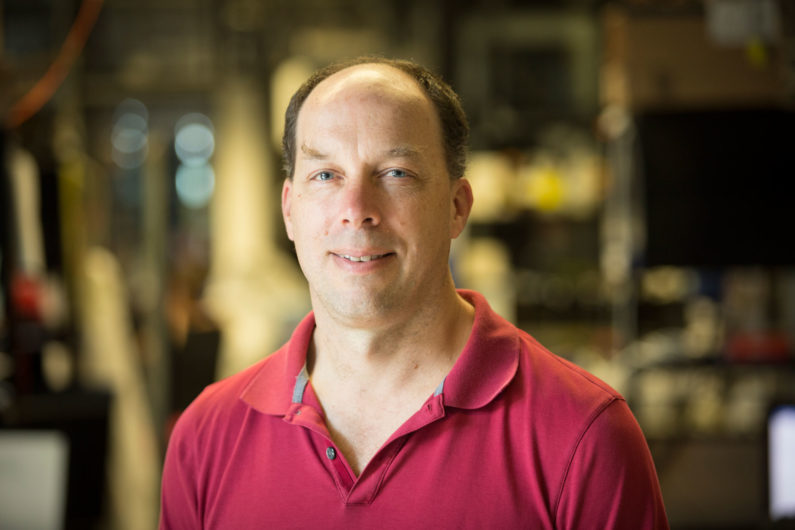 Facebook founder Mark Zuckerberg and his wife, Priscilla Chan, created the Chan Zuckerberg Initiative after the birth of their daughter in 2015. On Wednesday the Initiative announced plans for a broader focus on science, its second major initiative, alongside work to improve education for all students. The Chan Zuckerberg Initiative’s goal is to cure, prevent or manage all diseases by the end of the century by accelerating basic science research. The Initiative plans to spend $3 billion over the next decade and seeks to support new ways of enabling scientists and engineers to work together to build new tools that will empower the whole scientific community and advance progress.

“The Biohub will be the sinew that ties together these three institutions in the Bay Area like never before,” said Stephen Quake, Stanford professor of bioengineering and of applied physics, who will co-lead the Biohub with Joseph DeRisi, professor and chair of biochemistry and biophysics at UCSF.

A collaborative approach to research

The Biohub will be an independent research organization with two locations: a headquarters in the San Francisco Mission Bay district and an outstation at Stanford known as the Stanford Biohub. These Hubs will establish shared biotechnology platforms and make them available to members of the collaborating universities.

“This initiative will dramatically improve our ability to conduct fundamental research at the intersection of biology and engineering that can lead to important applications for human health,” said Stanford President Marc Tessier-Lavigne, who is also a neuroscientist. “We are grateful for the investment by Mark and Priscilla in both sophisticated tools and an unprecedented Bay Area-wide university collaboration that will enable groundbreaking discovery.”

Former Stanford President John Hennessy was instrumental in helping establish the initiative, working closely with the Chan Zuckerberg Initiative on its inception.  He will serve on the board in his personal capacity as a scientist and technologist.

“The vision for the Chan Zuckerberg Initiative and the Biohub capitalizes on the strengths of our Bay Area universities, and also makes a major investment in early-stage research of the type that cannot be readily funded elsewhere,” Hennessy said. “It is large-scale collaboration at its best, and with tremendous promise for solving the world’s greatest health challenges.”

In referring to Hennessy’s role in the unprecedented three-university collaboration, Zuckerberg said, “John ran so hard at this problem to make sure all of the challenges were addressed before his term ended.”

Resident Biohub scientists will work on two large-scale overarching projects: The Cell Atlas, a comprehensive dataset cataloging all the biologically significant characteristics of every cell type in the body, and an Infectious Disease Project devoted to tackling microbial diseases, including emerging biothreats and pandemics.

Each of the three partner schools has a long history of developing biomedical technologies, with combined strengths in medicine, engineering and the basic sciences. New opportunities created by the Biohub will focus the universities’ individual strengths around the common goal of developing technologies to cure and prevent human disease, said Tessier-Lavigne.

“The Biohub will provide many new opportunities for interdisciplinary collaboration,” said Ann Arvin, vice provost and dean of research. “By bringing together basic biomedical scientists, engineers and clinician investigators from across the three universities, the Biohub will greatly expand the development of new technologies needed to tackle major health challenges.”